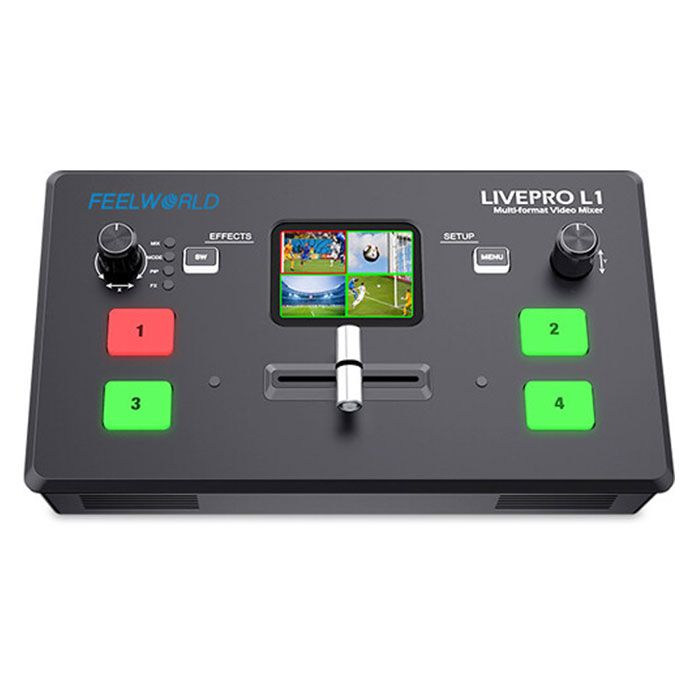 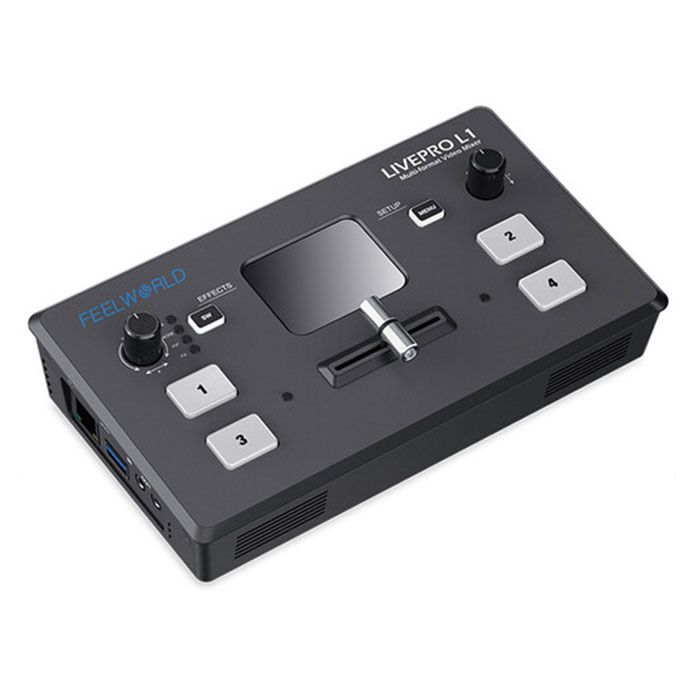 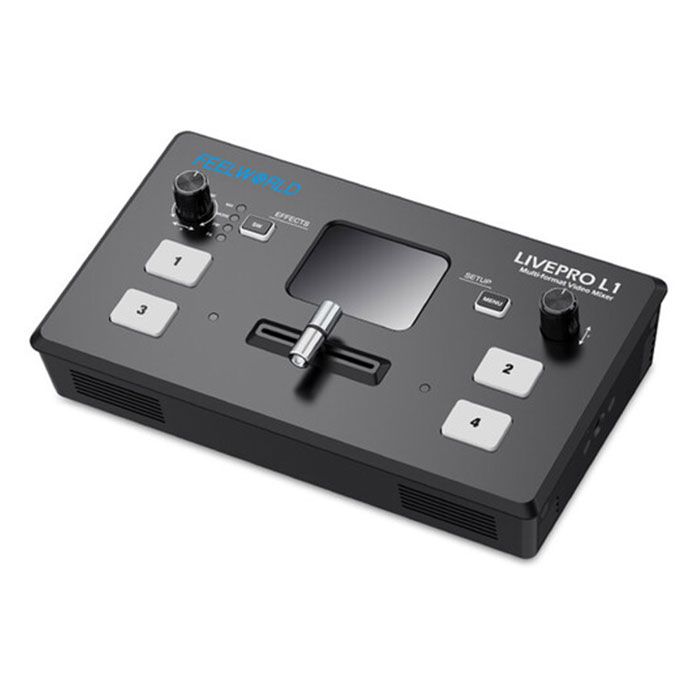 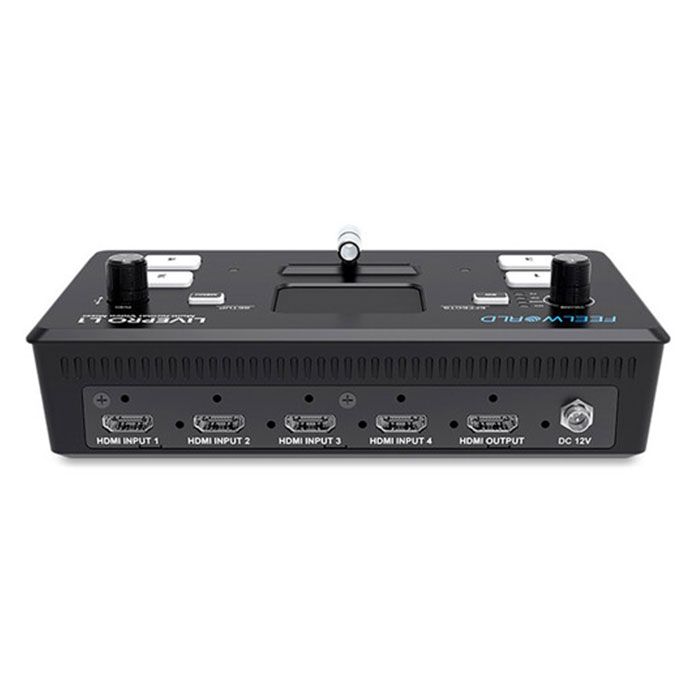 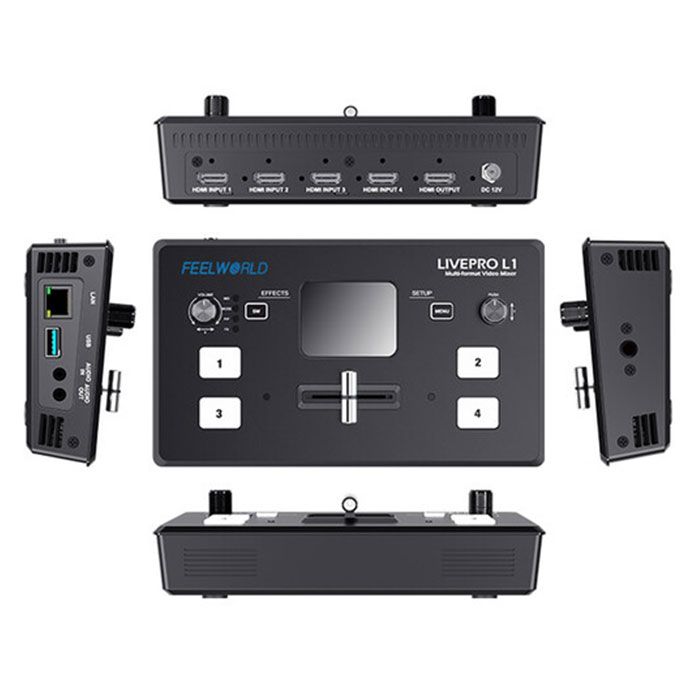 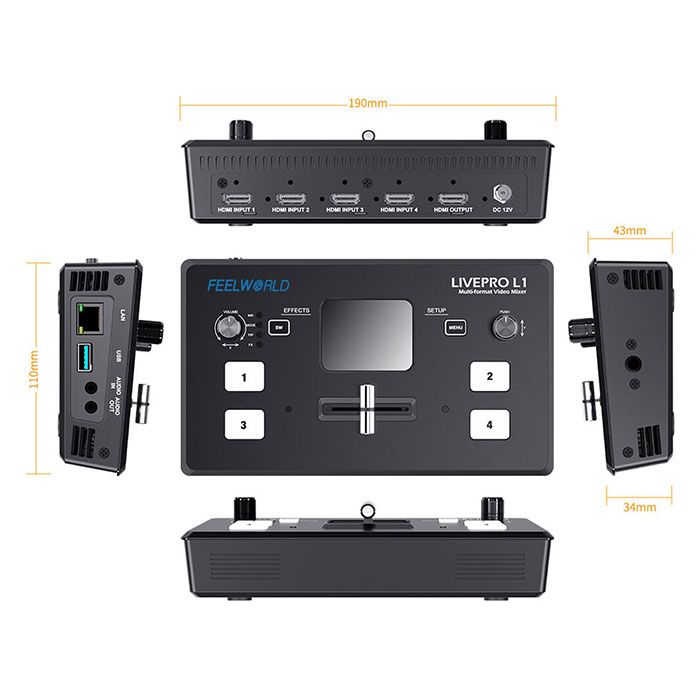 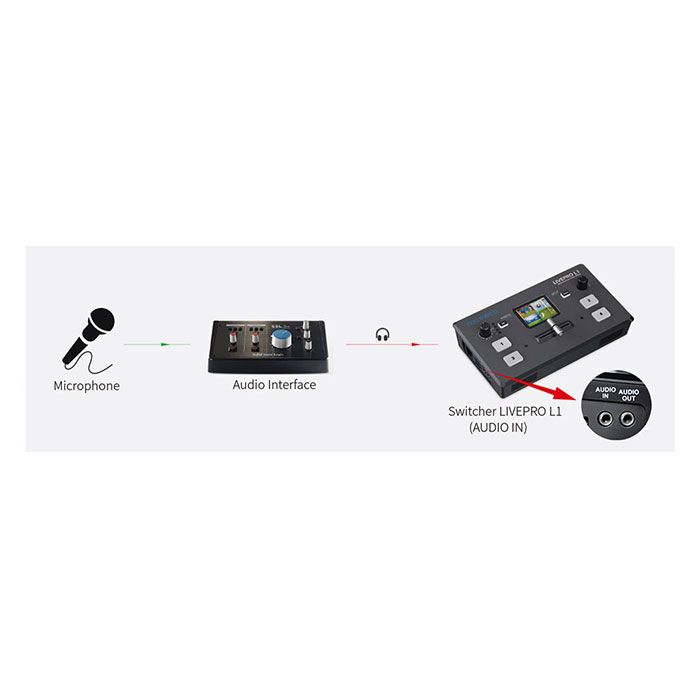 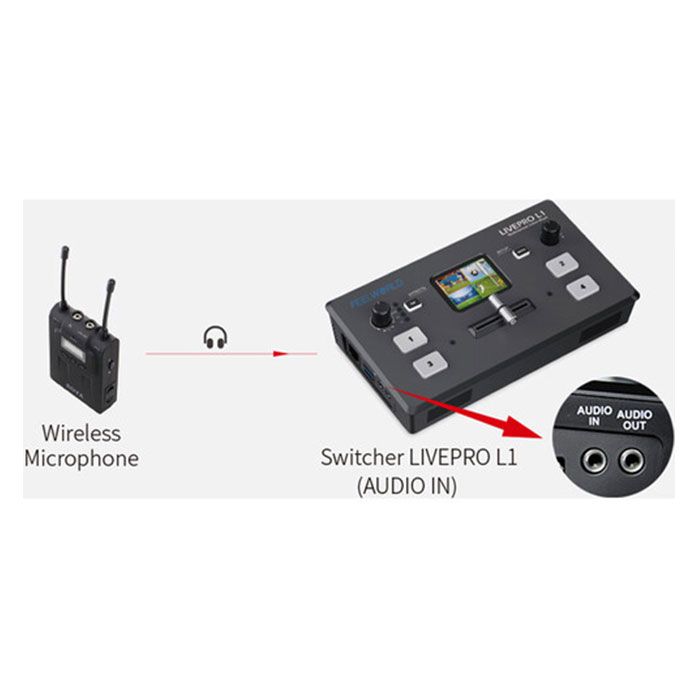 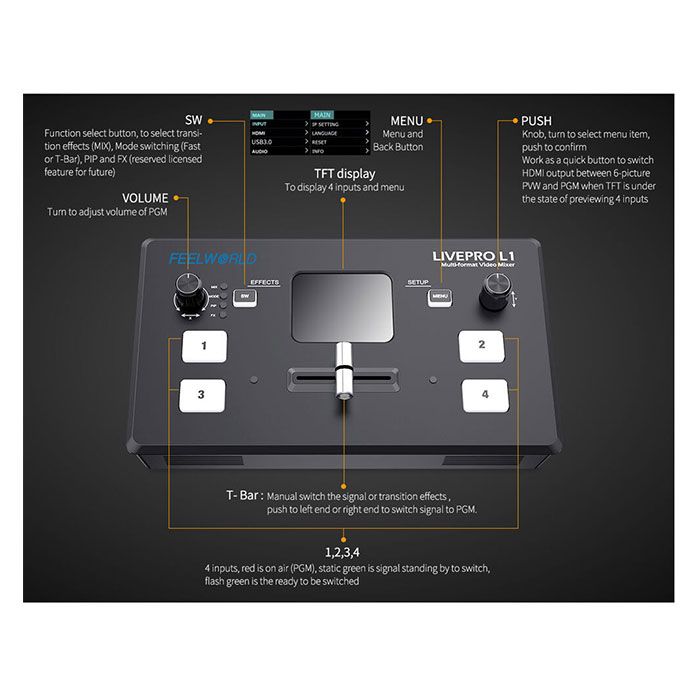 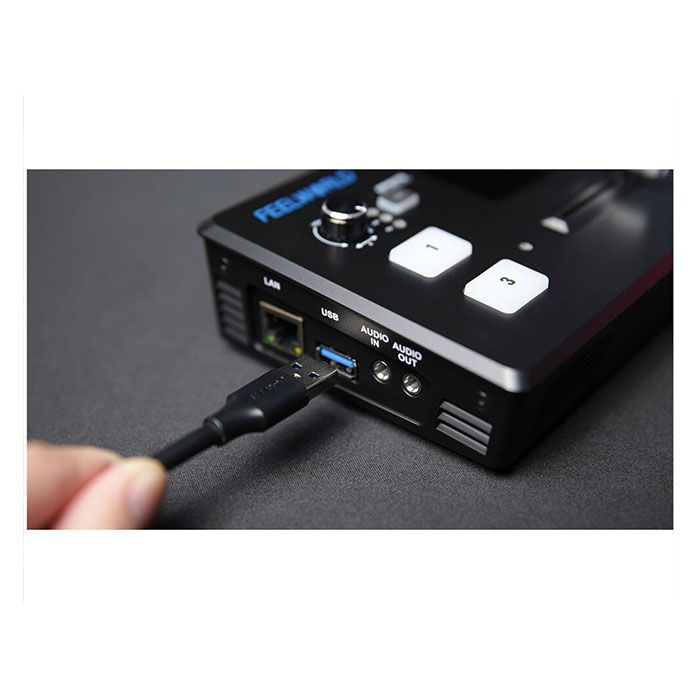 It supports up to four 1080p60 HDMI sources, including cameras and gaming systems, as well as compatible laptops and desktops where you can pull up PowerPoint slides, video clips, and web pages.

You can switch between the four signals with push buttons and a T-bar while outputting PGM over a USB 3.0 connection to popular platforms and applications such as YouTube, vMix, and OBS. Cameras can be set up at different angles and you can switch between close-up and wide shots. The LIVE PRO L1 V1 can be used for all types of online productions, training projects, and live events.

The L1 V1 version is an upgrade over the predecessor L1, designed more lightweight with improved heat dissipation and a new look.

The other connections are an HDMI output, a LAN port for remote control via an included Mac/Windows software, and 3.5mm audio input and output for mics, audio interfaces, speakers, and headsets.

A 2″ TFT LCD screen displays your four sources or pulls up the system menu. The SW button switches between functions, including PiP mode and the transitions menu. A nearby dial selects from 14 transitions such as fade in/out, iris box, and wipe to left.

Transition speeds are adjustable between 0.5 and 5 seconds. The T-bar, among its multiple functions, can be used for applying transitions and switching to program output.

The dial at the top right switches the HDMI output between a six-channel preview and program output. A dial on the left controls PGM volume. A 1/4″-20 thread is also provided should you want to mount the switcher on something in your studio setup.

Switch between your four signals by pressing the corresponding button on the top panel and then switching the T-bar when the button begins flashing. The button turns red to indicate the signal is live.

When connected to a local monitor, the LIVE PRO displays a six-channel preview of four inputs, PGM, and PST, along with an audio meter, and nine layouts can be set up for PiP, useful for large-scale productions.

Connected to a computer over the USB interface, the LIVE PRO is recognized as a webcam and can be used with any UVC-compatible platform, such as YouTube, Facebook, and Zoom.

A fan on the bottom improves heat dissipation and can be turned on and off via a switch as needed.

There are no reviews yet.

Need help choosing the right gear, or need a product repair ?
We are here to support you.
Call us, or visit our Pro. service facility.
Contact info.
unstoppable